As I mentioned on my Disney page, my hubby and I have stayed at several on-property resorts. On our first trip, back in 2004, we stayed off-property because I mistakenly thought it would be too expensive to stay at a Disney Resort. I looked at all of them and the only one that appealed to me was the Polynesian – the Hawaii theme looked so exotic and relaxing, and so different from anywhere we had ever stayed. It was way over our budget, though, so off to the Springhill Suites we went! (That hotel was awesome, by the way.)

Aside from hanging out at the Poly and eating a few meals there, we didn’t get to actually stay there until 2009. We were booked into Pop Century, but as a surprise to my hubby I booked our first night at the Poly on the club level. I figured if we were going to do it, we were going to do it right! When we arrived and started checking in, they informed us that we had been upgraded to the Princess Suite, which turned out to be a two-bedroom, two-bathroom enormous suite large enough for a family of eight or more. Seriously. It had a patio and a clear view of Cinderella’s Castle. We watched the fireworks that night from the comfort of our air-conditioned living room.

Last year we stayed at Pop Century again, and it just wasn’t how we had remembered it. Maybe we’ve just outgrown the over-sized icons and the non-stop party at the pool, but we decided that we would save all year so that we could stay at the Poly the whole time during this year’s trip. And that is exactly what we did! I booked it in May and I didn’t tell hubby that I confirmed a club level room. Hey, there was a 30% promotion and the club level ended up being only slightly more than what we had planned on paying for a plain old regular room, so I figured why not?

I don’t think we will ever be able to stay anywhere else again. We arrived to the main building and were escorted over to the Hawaii building to check in. Our room wasn’t ready yet, but we were told to head upstairs to the lounge and enjoy some snacks while we waited. They took my cell phone number and were going to text us when the room was ready. We sat in the lounge munching on cheddar Goldfish, cookies, and drinking our weight in various juices. After about two hours of that, one of the Cast Members asked us if we were still waiting. I told her we were, and she informed me that sometimes the texts don’t go through, so I went back downstairs and sure enough, our room had been ready for quite some time. Oh well.

I had requested a room on a high floor and with a balcony. I was secretly hoping for some more Disney magic, but we weren’t so lucky this time. We did get a room on the second floor, but no balcony. It faced the quiet pool and a bunch of trees, which actually didn’t turn out to be so bad. We discovered as the week went on that the resort was swarming with mosquitoes, so we spent as little time as possible outside anyway. Our room was right down the hall from the lounge, offering easy (maybe too easy) access to the goodies. All of the rooms have recently been redesigned: 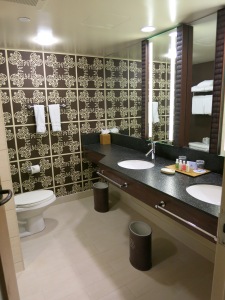 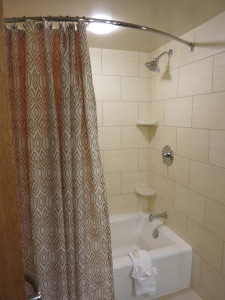 The lounge was fantastic. There were a variety of muffins, bagels, toast, and cereal available in the morning, along with milk, water, and juice. Then at mid-day they put out snacks that rotated daily: gummy bears, yogurt-covered pretzels, Goldfish, some kind of snack mix, cookies, etc. In the evening, they had appetizers and drinks – one night was bacon-wrapped chicken (YUM), one night was mini beef wellingtons, another night was meatballs and crab rangoon. Each night there were veggies and fruit, along with a cheese and cracker tray, plus kid-friendly snacks (PB&J, mini corn dogs, pita bread and hummus). There were always at least three different kinds of wine, several varieties of beer, a mixed drink that was to die for (I asked for the recipe, but there was so much in it I can’t remember it all.), plus sodas, water, and juice. THEN, after that, they would put out desserts. There were mini cheesecakes, cookies, fruit, mousse, tarts, etc. We stayed for nine nights, and we never got tired of the snacks. We actually wished we had stayed longer so that we would have had some of the offerings more than once! 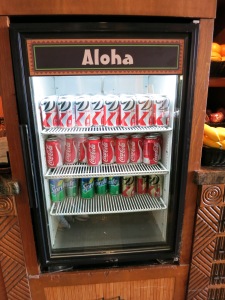 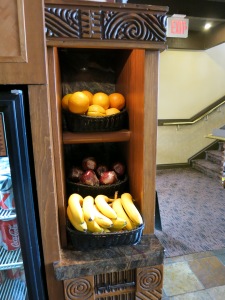 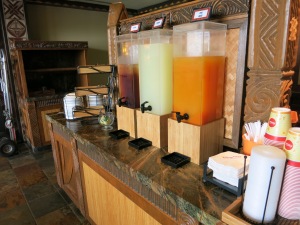 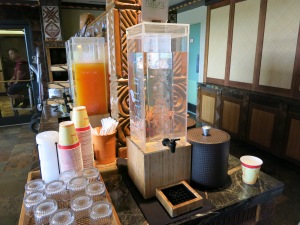 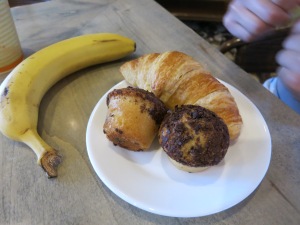 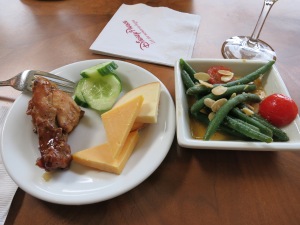 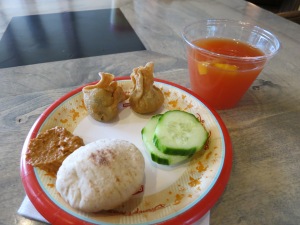 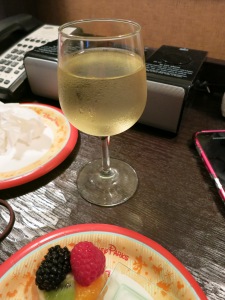 Overall, the Poly was fantastic. The Cast Members went above and beyond, it was quiet and relaxing, it is super convenient (the waterlaunch to Magic Kingdom might be our favorite “ride” in the whole World!), and we can’t wait to go back. I don’t know if we’ll be able to afford to go again next year, but we’re doing our best to save our pennies and cross our fingers for another summer promotion! I realize that this review focuses primarily on food, but that is one of the highlights of Disney for us, and one of the main reasons we wanted to stay club level. If we do end up being able to do it again in the future, we will definitely plan fewer meals at restaurants because it is so easy to just grab something in the lounge and make a meal there. I don’t know if we got our money’s worth, but we certainly tried and we definitely enjoyed ourselves!